Banana Ranch is a ranch management and dating sim hybrid game. It is a 18+ game involving romance between two men (MxM / BL / Yaoi / Gay). It’s a fully reversible game, which means all characters can be TOP and BOTTOM!

Our protagonist is called Ban (name is changeable) and he’s a country boy who used to live in a secluded village with few population. Tired of being the only young person around, he decided to move to a bigger town – Banana Town – taking a job as the ranch caretaker. However, strange thing happened during his way to Banana Town, and he was suddenly transported to a different world. The town he arrived at was still called Banana Town, but all the town citizens have somehow transformed into humanoid animals! Moreover, the ranch he was going to work at was not hiring at all, it was even on the verge of bankruptcy!

This game will involve three years of Ban’s life at Banana Town. As the player, you’re in charge of shaping Ban’s destiny! How will you spend Ban’s days? Can Ban save Banana Ranch from the verge of bankruptcy? Will Ban be in a relationship with one of the eligible bachelors? Who will you marry and have kids with? Will you make Ban be the TOP or BOTTOM in the relationship? It’s all in your hand! 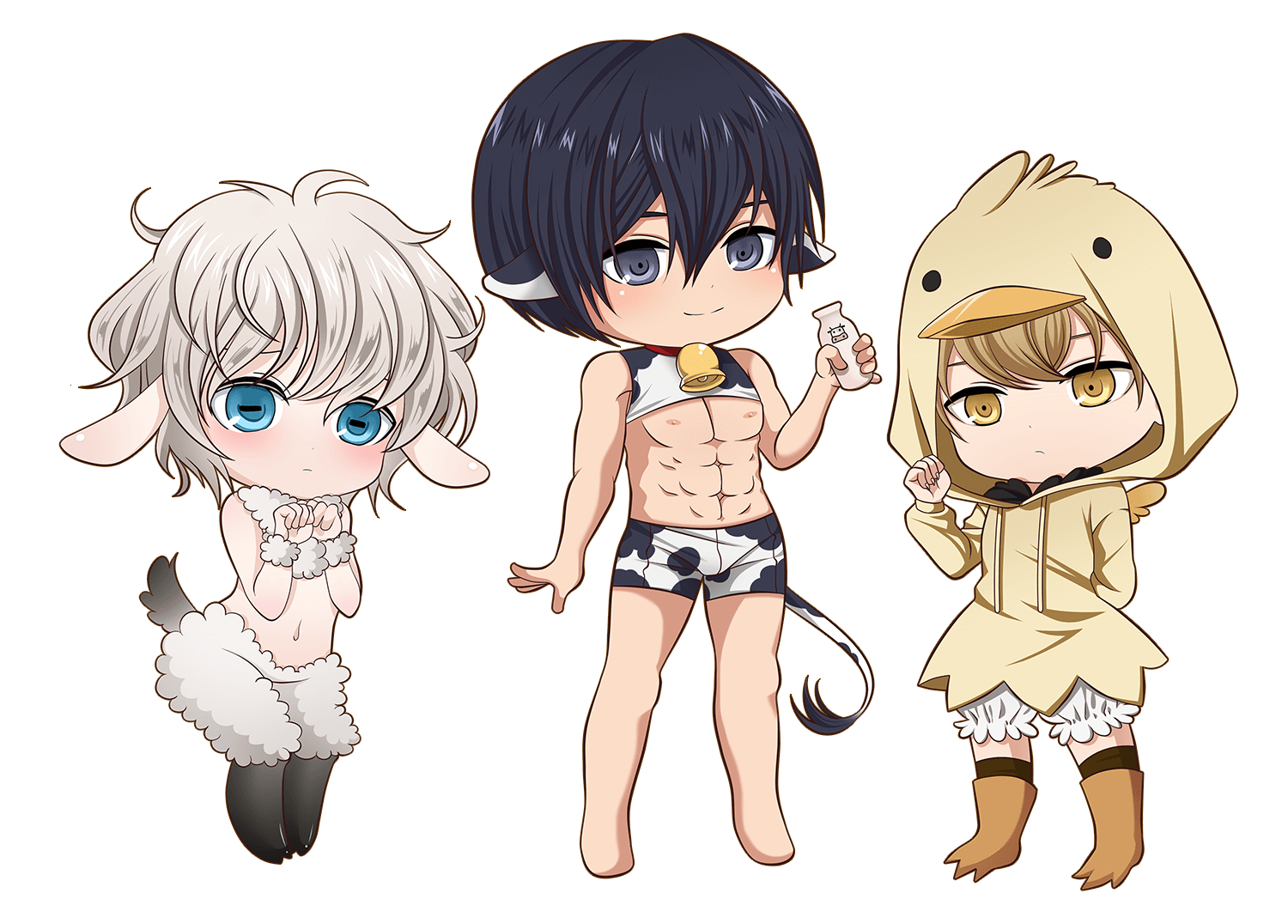 This site may contain some graphic adult content. You must at least 18 years old.
Leave